COMIC: In The Next Dimension Comic 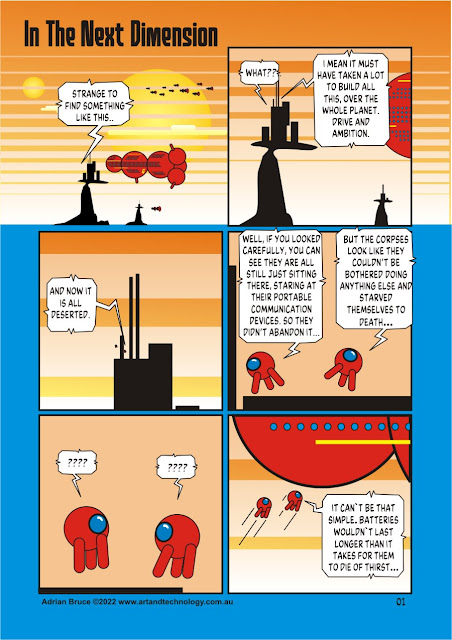 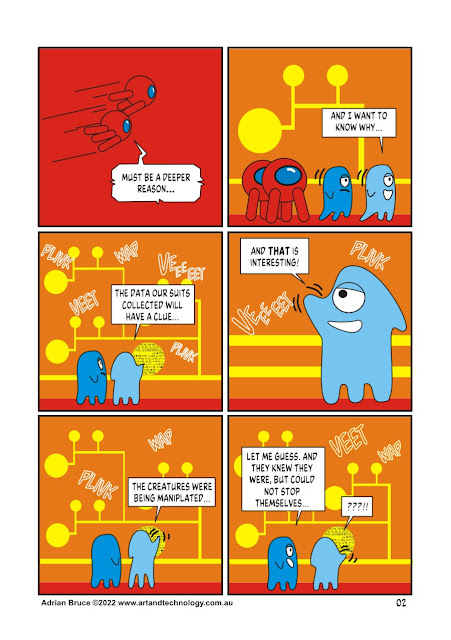 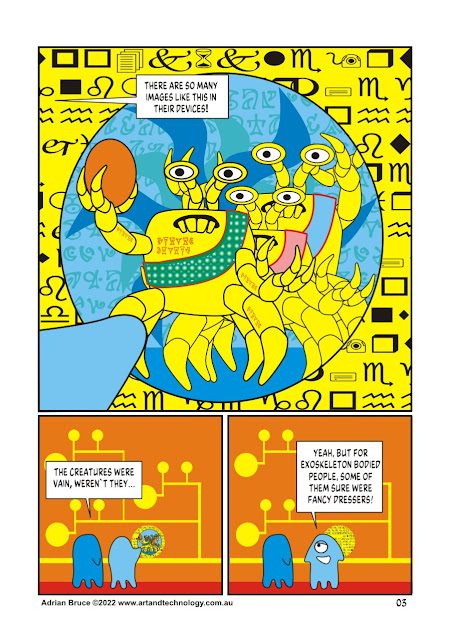 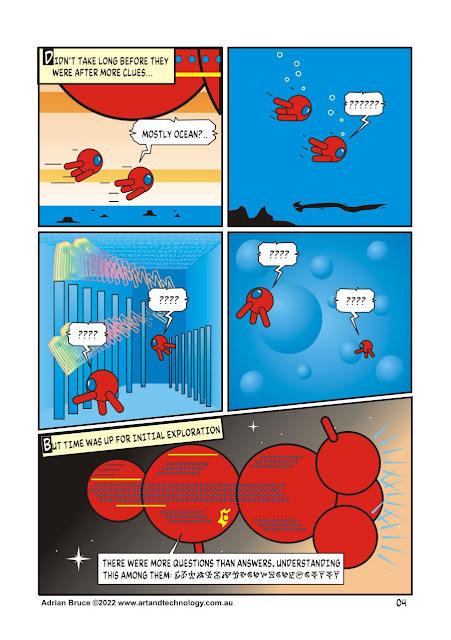 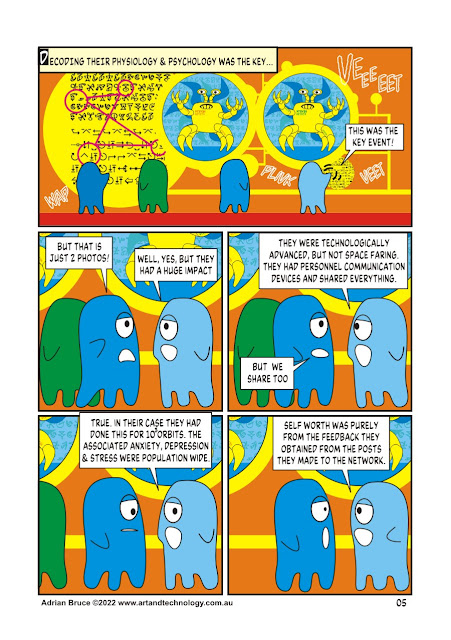 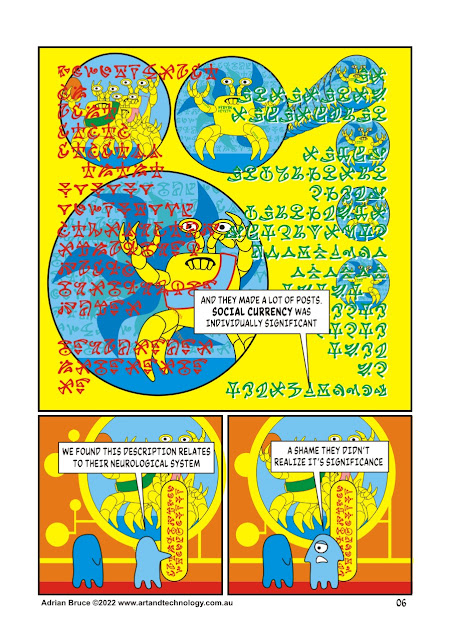 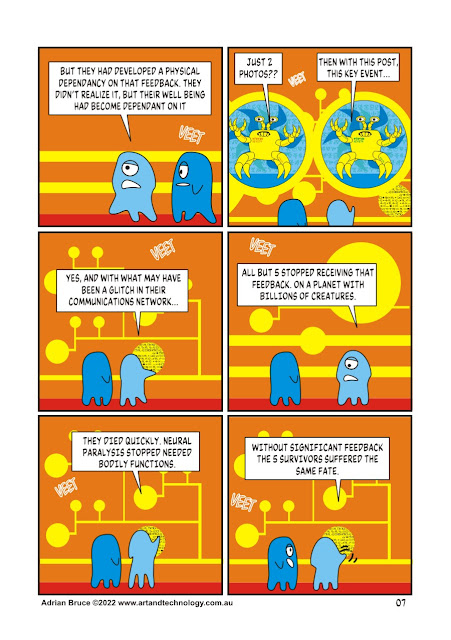 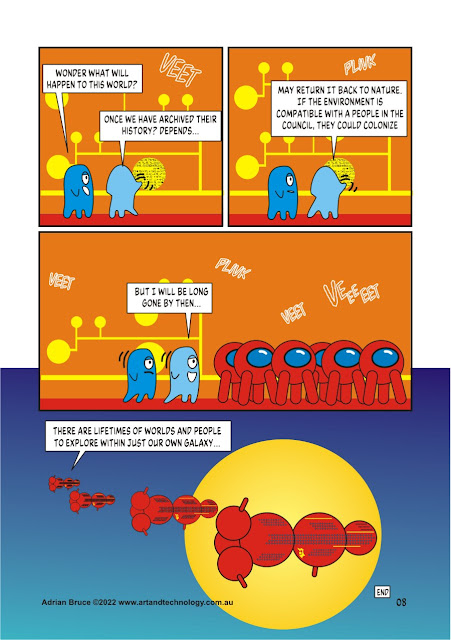 The movie SERENITY (2005) and the book A FIRE UPON THE DEEP are influences here, but only realised that after doing the first few pages.  Papers on the psychological problems social media brings are what I referenced to come up with the second half.

I also have to say I find SOCIAL MEDIA unpleasant much of the time, terribly addictive and difficult to cut down on, wastes time, leaves me down far more than up after checking it, and  a large percentage of the population show themselves to be unpleasant more than they should.

The complete comic is 8 pages. And I printed mine to fit in an A5 clear file. With room for more chapters 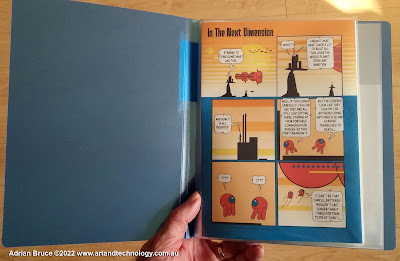 UPDATE: Feb 24 2022. Completed 18 pages worth, and made a CBR file. I use the free YACReader.  Here for comic download:  IN THE NEXT DIMENSION 18 PAGE COMIC (CBR VERSION)
Also made PDF and MOBI and can supply those if you are interested.
It is getting much easier to ignore FACEBOOK now, as it doesn't show me anything friends post, and they don't see any of mine, without "paying to boost the post" so have really cut down on using it. Little point if no one sees anything I do post. Twitter is still a problem though, and am now following less people and posting much less.  I get so little interaction on it, the ROI is all wrong.
We can be found at ART & TECHNOLOGY

Posted by Adrian Bruce @Megacurve at 12:06 AM