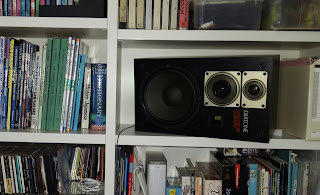 Posted by Adrian Bruce @Megacurve at 10:41 PM No comments:

All the big name gear manufacturers have stuff for your small project studio now.

Of course the reason for this is that the big Music Recording Studio Business is  much smaller than it was and very much replaced by small project studios. Many of these small studios are doing significant work the studios once did.

My own studio is more Hobby than anything else though. It may have contributed slightly to the early success of my own YouTube channel, but few have played anything other than the theme HEAVY METAL GARAGE

Would having much better studio monitors from Genelec make a difference?

In practical terms of more people hearing my music? No, not at all. You see people don't listen because the mix or mastering isn't as amazing as it could be. Same goes for my instruments.

When that is the case, I take a now unconventional path to replace or upgrading equipment. I will use a traditional style stereo amplifier and passive loudspeakers, rather than the current powered monitor arrangement.

Any mixing or mastering needs to be done by direct comparison to the standard(s) of the day and however that sounds on your speakers in your room.  I do have a mono Auratone like single speaker for mix decisions, but it is all done via referencing commercial tracks you want to sound similar too.

I originally used a Rotel Receiver for many years. I then moved to a LM3886 GainClone amp, and had a Chinese 2 x 50W CLASS D amp for back up. Coming to Japan again, means my LM3886 amp needs a new transformer that I haven't replaced yet, so it was easier to change the plug on the universal laptop 24VDC PSU powering the Class D amp.

I have 2 sets of bookshelf speakers. Two way 5" woofer with 1" tweeter and a three way 8" woofer, midrange tweeter set.  Things all sound different on these and a speaker switch box allows for switching between them to catch what that is.

I used to always find the sound in the car to be the most revealing though. Simulating that would be the break thru the studio world has been waiting for. What listening in the car mostly revealed was if the low end was too loud. Small speakers and small rooms make judging that very difficult, as the low end doesn't get reproduced accurately. The room standing waves add nulls or peaks to it so you cannot judge correctly. Not easy to fix with room treatment in a normal room either.

Knowing your speakers well is important, but that was easier when I was in my 20s when you had the time for that listening. 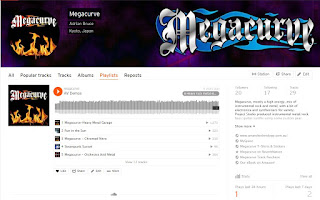 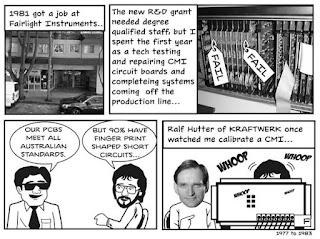 Posted by Adrian Bruce @Megacurve at 6:32 PM No comments: