Hot Wheels Merry Christmas & Happy New Year! Card brings back the 1960s package look  of the best hot toy car.  Toys for the boys, and they go just as fast. 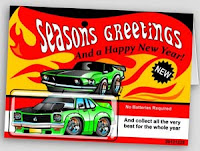 Posted by Adrian Bruce @Megacurve at 1:31 AM No comments: New Series of customizable tshirts and cards. Suitable for any occasion, and  all set up and ordering done online. Select your own text message font and size.

The starting illustration is a dude in a custom chopper trike, mirror glasses and surfboard.

Posted by Adrian Bruce @Megacurve at 8:59 PM No comments:

A bit different. A trike inspired from  the 1970s, but with modern low profile tires, like a Japanese tuner car import and turbine powered.  It would be even cooler to make it electric.

This Toyota Supra 300 is a Japanese import.  The Trike is using the same rims and rubber.

Other design at Art & Technology.

Posted by Adrian Bruce @Megacurve at 12:17 AM No comments: 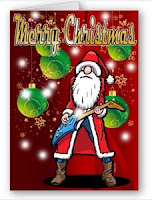 Rock Guitar Santa Merry Christmas Card is now available.  He could be playing the blues, but it would be the ZZ TOP variety.

This is an illustration combing hand drawn Santa with a vector background and text.
The Santa was inked with COPIC MULTILINER BM and BS brush pens. Gives the wonderful line thickness variation that gives it life. This is then scanned into Photoshop and colored with mostly flat colors. Only the guitar has some airbrushed graduations. The lines are the top most layer and set to multiply. Lower layers are used for coloring the coat, boots and other items.

This was then brought into CorelDraw and combined with the background and text.  That was then exported into Photoshop again for the sparkles and bright spots. 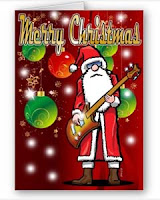 And there may be others....

The guitars are intentionally not like any brand, such as Fender, Gibson, Ibanez, or ESP.  This is because we don't want any issues with those companies brand police.

Posted by Adrian Bruce @Megacurve at 5:51 PM No comments: Here is a Topfuel Roo Dragster Cartoon Caricature Vector Design.  The wrinkled slicks being a big part of the design. Super Roo was a Cartoon Ford Performance logo, similar to the Dodge Super Bee. This is a Roo driving a Top Fuel Dragster, but could became a Super Roo like logo, if the body, front wheel and front wing were removed.

The Roo has the cool mirror shades, hiding that he is a pretty tough dude, part wolf.... a hint from the teeth, but really need to see the eyes to make it real tough instead of the kind of cute it is now.

We also have the Southern Cross on the design, but aren't using an Australian Flag. As it is a vector design these elements can be changed around relatively easily to make many variations.

Posted by Adrian Bruce @Megacurve at 7:53 PM No comments:

We now have a series of Santa Hot Rod, Custom, Muscle, Sports and Racing Car  Christmas Cards in the online store. The inside greeting is completely customizable anyway you want. Available in two sizes. All with Santa and Christmas decorations. 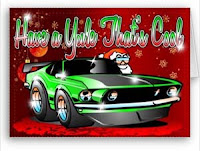 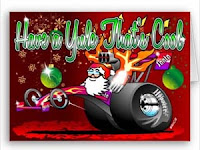 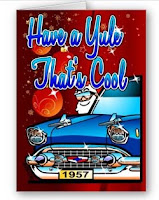 Have a Yule That's Cool - Hippy Santa in a custom Hippy Van cartoon. 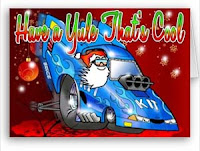 Have a Yule That's Cool - Funny Car with Santa Cartoon. 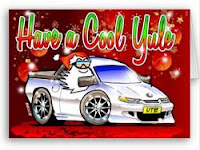 Have a Cool Yule - Ute with Santa Cartoon Christmas Card.  The Ute, the tradesmen's best friend. 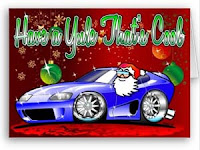 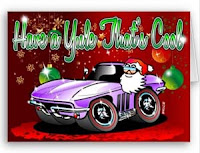 Toyota 4WD  Mud Monster with Santa. Now on line at Have a Yule That's Cool - Off Road Santa Card

And this is the little music video for some of the cards!

Posted by Adrian Bruce @Megacurve at 1:28 AM No comments: Posted by Adrian Bruce @Megacurve at 5:43 PM No comments: 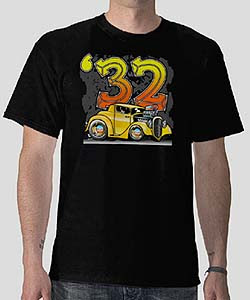 Supercharged with a bug catcher in chrome, yet with hub caps. Customized versions available on request.

We have done quite a few different Hot Rod Cartoons and Illustrations. For more samples visit Art & Technology.

Posted by Adrian Bruce @Megacurve at 5:14 PM No comments: This is a 1963 Ford Falcon Muscle Car Cartoon done as a full colour vector design.

For other designs, and custom designs, see Car Caricatures, Logos and Cartoons.


Posted by Adrian Bruce @Megacurve at 1:23 AM No comments: The Torana SLR is a Classic Australian Muscle Car. Another Highway Star. This is a vector design. 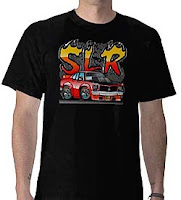 We have this version as a customizable shirt in our online store.

Posted by Adrian Bruce @Megacurve at 10:46 PM No comments: The Classic '57 Chevy Cartoon Vector T Shirt Design. Slammed and Chromed in all it's glory.

Check out Car Cartoons and Logos and the online store.

Posted by Adrian Bruce @Megacurve at 11:51 PM No comments: