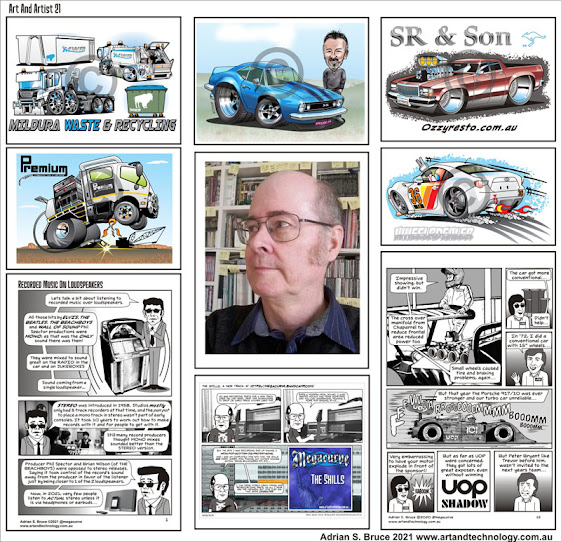 I also did a version with all the art in squares, but it doesn't show as much, so putting this version here instead.

Kind of a summary of the Visual Art year in 9 images, but there has been much more than that. Also I'm not getting any younger...

I keep a Diary and was updating it yesterday to what our main "achievements" were this year.  Without mentioning the significant events in our kids lives, they are:

1) Read more Japanese language manga, in Japanese then ever before this year.

2) Wrote and recorded 5 songs and updated our music making system.

3) Was fully Vaccinated against C19

4) Got a Mobile Phone here in Japan, on a plan that doesn't cost us anything if we don't use the phone.

5) Wrote and produced more of my own comics than before.

And I though to myself, that feels good.