Had a need to do a short form comic strip. Just had random ideas when studying and doing commissions and putting them into these things was a release.

Have been living in Kyoto Japan since end of November 2019 , but had lived here 1987 till 2001 previously, and have various thoughts about all kinds of random things and news items.

Like my This Is Where The Smoke Comes Out,  I have used grey scale photos and simple vector cartoons. I have a collection of characters so putting together a strip is a fast process. It is more about what it wants to say, or express.

I originally posted these on Twitter, but they vanish into the stream doing that, so have made this a single place to store them. Don't know how many I will do at all. I started doing these when I stopped doing the short Twitter OBS videos... 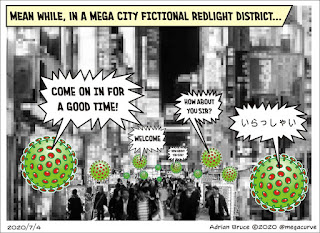 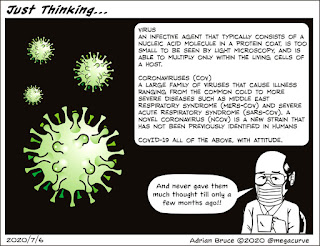 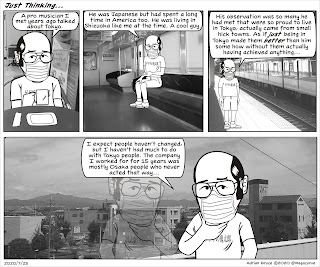 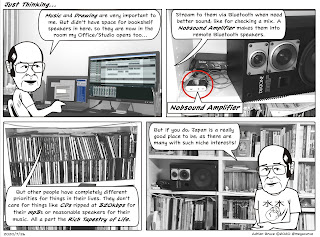 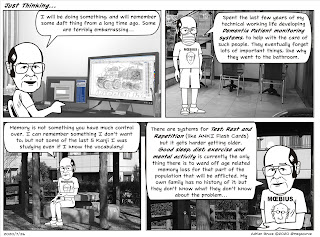 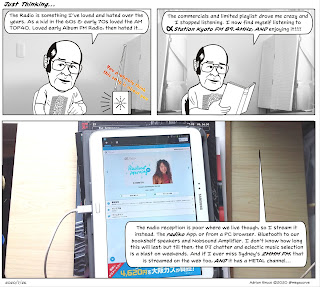 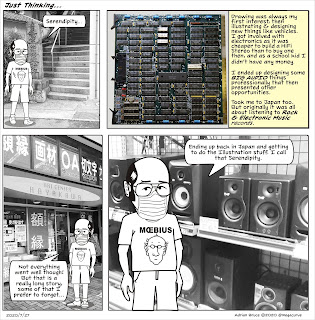 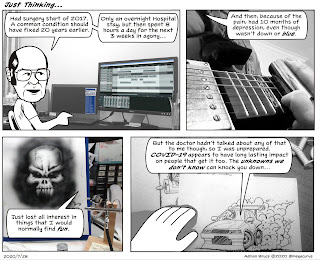 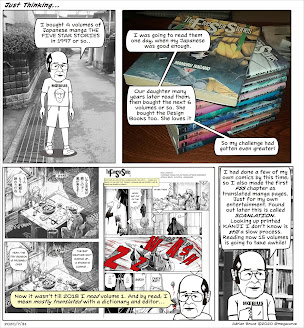 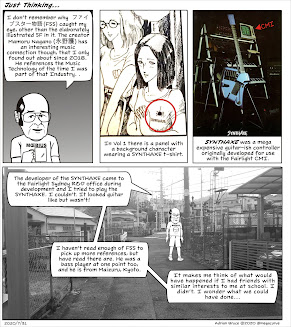