The THX Surround Logo Sound - Computer Music for the Masses

The THX Surround Logo Sound must be about the most famous piece of Computer Music.  An audio segment that has an algorithmic score driving code defined audio generating subsystem producing 30 oscillators in this piece. It is cool and also very short, something most such music doesn't share.

It was done my Dr. James Andy Moorer on the Lucas Film SoundDroid ASP Processor in late 1982. A massively expensive and fast chuck of digital hardware driven from a Unix Sun Workstation,  all very dead and gone in 2015.

Before that he was very much involved with Academic Computer Music.

This world is something I also got involved with while I was at Fairlight Instruments, (where I mostly designed the expensive digital audio hardware and embedded computer systems) and continued with at Roland Japan where I also attended the International Computer Music Conferences for a decade or so. 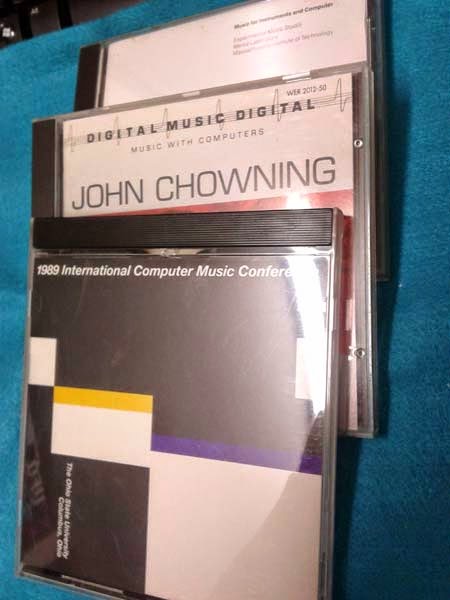 The Computer Music Journal from MIT is also still a central forum for this world. Dr. Moorer published a number of papers in this over the years. 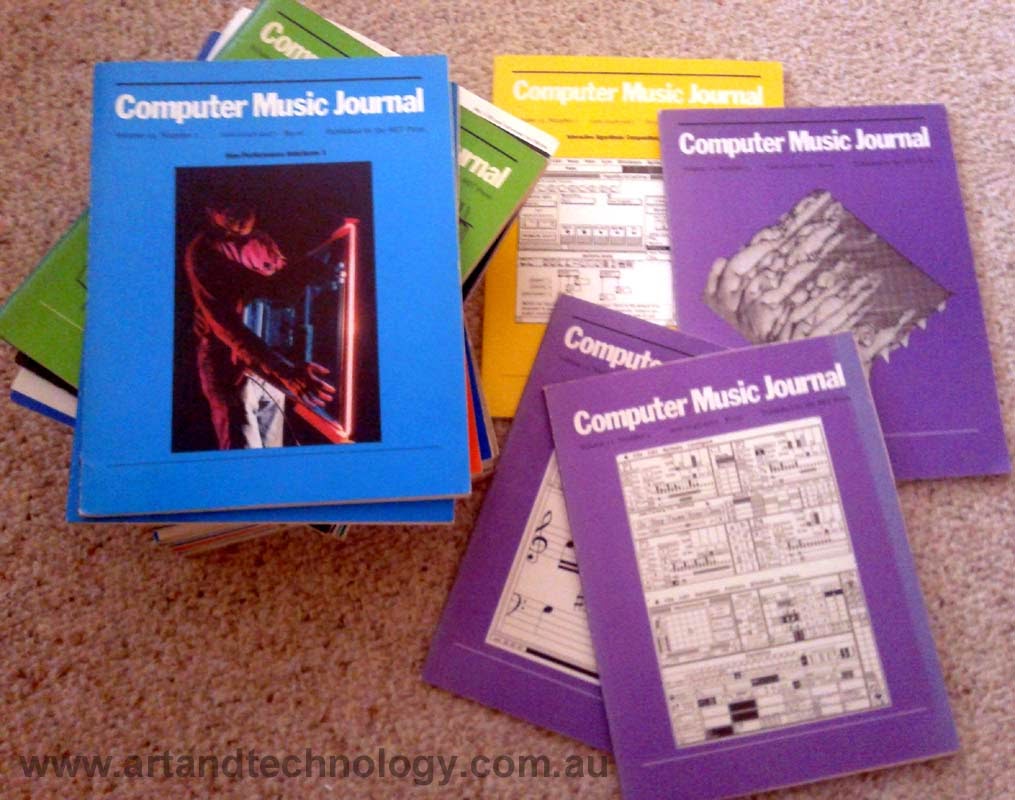 So it was with a sense of nostalgia and glee that I read that Dr Moorer has recreated the THX logo code on a Dell Laptop in the last few months.  What was once  hugely difficult and expensive can now run in real-time on any old laptop.  With the right code and idea.   I also love that Dr Moore plays the Banjo.

And what really made me pay attention is that this THX sound has also been recreated in SuperCollider with code here by Batuhan Bozkurt in Turkey. 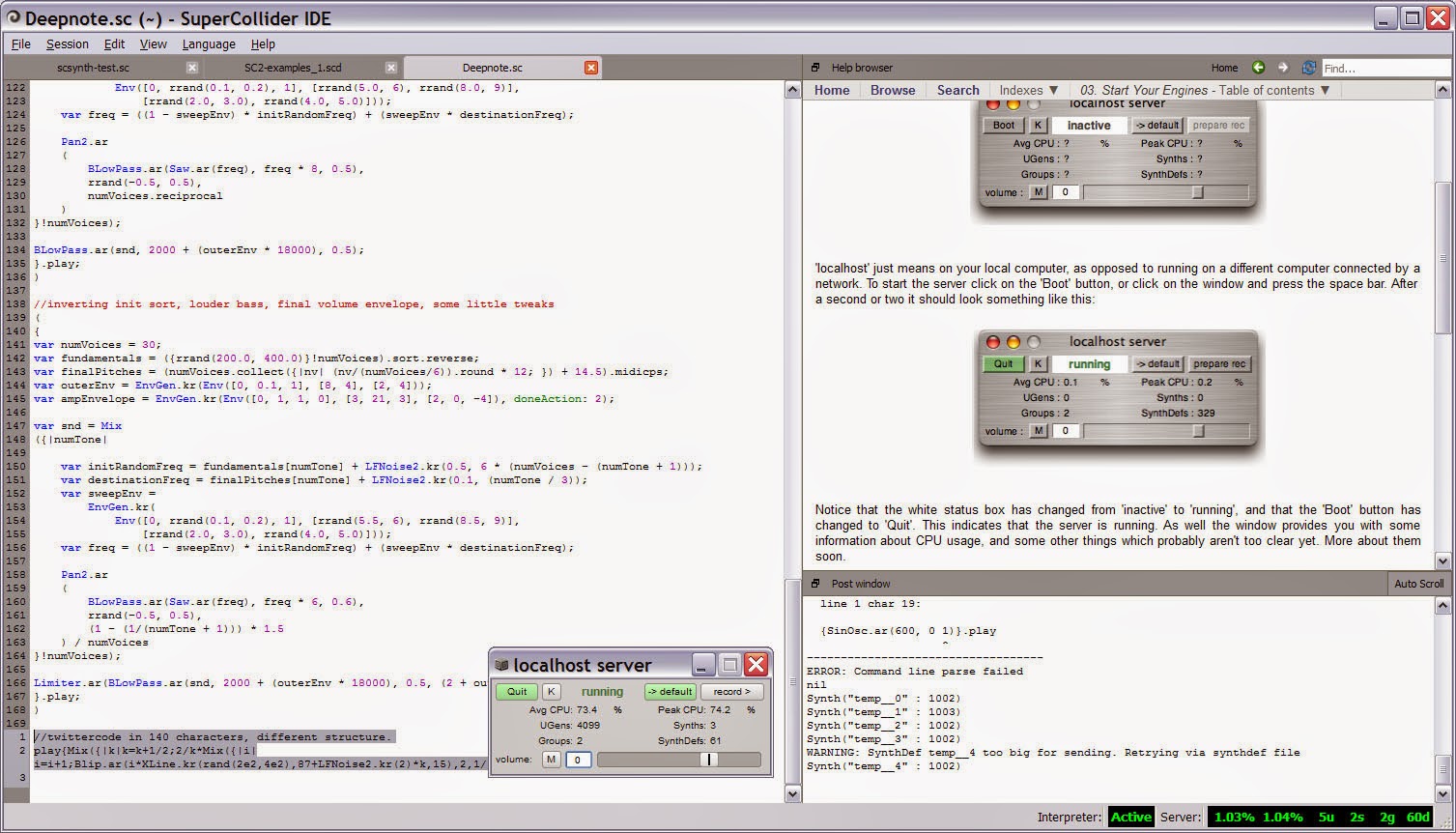 And after downloading SuperCollider, working out how to get it to work under XP  (you need to start scsynth.exe before the environment from a DOS command prompt), I now have a modern Computer Music Environment up and running.

And by Modern Computer Music Environment, I mean very similar to the Smalltalk based code I used 25 years ago!  Computer Music has come a long way, but really doesn't seem to have changed.

But I haven't read an issue of The Computer Music Journal for over 10 years, so I'm not really that up to date, but the examples and demos in the SuperCollider system are all very familiar and very old school.

Now, I have a project studio and do your more traditional playing and production using Reaper, and you can hear that here:  Megacurve on SoundCloud but having SuperCollider up and running may add some new sounds and effects you don't get in the traditional DAW studio.

We do freelance technical development, illustration and a few other things. We can be contacted at Art & Technology

Posted by Adrian Bruce @Megacurve at 12:39 AM