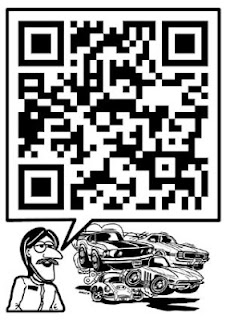 Qrcode is everywhere in Japan. Not so much until very recently in Australia. Recently seen JB Hi-Fi, council and a few other companies in the local paper use it. Seen some in the advertisements of UK's SoundOnSound magazine.

And why would that be?

It only makes sense to have when a large number of the target population have Internet connected mobile phones and know what a QR code is.  Our own Android phone doesn't natively have a QR Reader, so you have to specifically download and install one, such as QR Barcode Scanner from the Play Store.

QR Code can take you to a website, give you a phone number or set up sending an SMS. That they are very useful and fast to use when your out and about is they key. You don't have to key in anything on your phone. 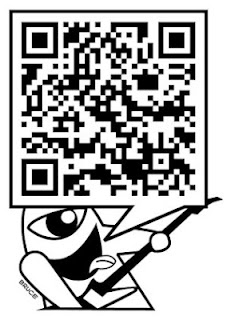 It would seem that having a Mobile enabled website is also key, and that doesn't seem so common yet.  Google, YouTube, Facebook, Twitter, Wired Magazine and the bigger players do.  Soundcloud and BandCamp are mobile enabled now too and you will find Megacurve there. 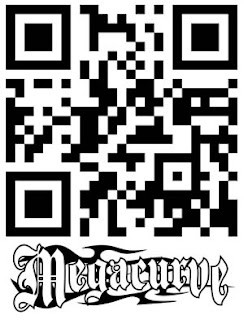 The first design above takes you to our cartoon and logo mobile enabled website, and uses the viral marketing approach of not directly telling you what it is about. Of course it actually does when you know the site is about car cartoons caricatures and logo illustration.

These designs have been done in Black and White so that production of small stickers is cost effective.  16 to an A4 page.