Watched the Rick Beato with Justin 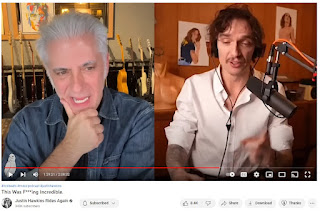 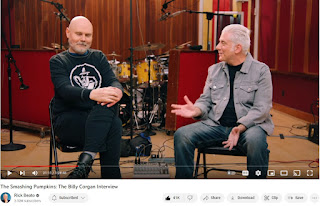 yesterday and during them they brought up my own thoughts and memories.

First being, that at 64, I feel a lot of the music I got to notice in my life was so controlled by what limited window "the prevailing local music media" exposed me too. The incredibly myopic AM radio of my younger childhood, then the brands of the FM stations in later years and even the Australian TV show COUNTDOWN years that focused on the local talent.  The rush of schooling, career and family also really limited the time and drive to see what was happening in the music world for long periods.

And now, I really don't care what the pop hits are at all. But am aware of KPOP, BTS and others, as that music seems to be everywhere.  Daughter is a big KPOP fan.  My reactions are similar to Rick Beato's when he does a top 10 countdown. Most of it doesn't seem relevant to me anymore.  But unlike Rick, that it has guitar on it or not doesn't matter to me.

The 15 years in Shizuoka Japan 1987~2001, just as the Internet was starting, limited exposure in different ways.   I heard Enya from a TV COMMERCIAL, and as they always had the artist at the bottom of the screen, you could then go find it in a CD store.  But there was almost no Radio that introduced music in those years. And HIT STUDIO DELUXE on TV mostly supported the JPOP boy and girl groups, but I still learnt of CASIOPEA or KOME KOME CLUB.

So I really don't know THE SMASHING PUMPKINs music.  Know the name and probably heard something on the Australian radio driving in the car sometime.  To hear Billy talk about how DEEP PURPLE & BOSTON was so significant to him made think "hey, just like me, but how come I really haven't been exposed to their music?".    But I can say the same about Metallica. I have no memory of hearing ENTER SANDMAN till 2005 or so and it was probably on the CLASSIC ALBUMS TV series.

ENTER SANDMAN is a beacon in my own music.  What influenced this track I recorded and uploaded 12 years ago:

And like in Billy's interview with Beato I mention above, it isn't as if I am playing Metallica here, but the feeling they gave me, filtered thru my own limited skill and music making ability came out this way.

In the last week have been chatting on Twitter with 2 other Japan based music making guitarist friends and they both stated they plan to practice more guitar this year.  The 3 of us regularly post short bits of music we have made that Sunday.  An example of one of my own:

Posting original music I can hear means so much to me. It shows where they are at. Their influences and direction. Posting pics of guitars doesn't mean a thing to me. Playing cover tunes is of no interest to me, even if learning stuff to apply to your own music is an important thing. To me it always just seems to be ROCK STAR COSPLAY.

The practice I need to do this year is written Japanese. The practice I want to do is just plain old drawing pencil on paper.  Music means much to me, but so does drawing, and music plays in my own head when I draw.  Musically, learning something new, or being inspired by some other musical construction or approach is more what I need than practicing the guitar.

I know that also doesn't mean learning strange time signatures and the counting in Indian Rhythm as Mattias IA Eklundh expounds. I have experimented in that direction and it isn't what I am looking for.

And then I come to ponder what I spent the last few months doing myself.  From October 2022 till early January 2023, making what I call a ROCK Opera.  Animation and instrumental music in episodes of about 3 minutes. The music isn't all guitar. Synthesizers play a bigger part in later episodes and just have a different feeling and correspond to some of my own musical memories and things that inspire me.  And none of it is traditional album or pop music.

I made an album of the video soundtracks as a single track:

Almost no one else will play this track, but when I hear it takes me back to what I was feeling when I made it.  It is a TIME CAPSULE for my future self.  Uploading this stuff is all like that for me.

Billy Corgan says exactly that when Rick plays him some of his music.  He can see himself sitting singing into a SM57 and the emotions come back to him of the stuff that happened around that.

I think I need to listen to the tracks Rick gets him to comment on, like JELLYBELLY. Never heard them before. They may contain a hint of what I am looking to go next.

I really feel like I have been on some kind of journey of exploration the last 3 years, without leaving the house. Not about moving back to Japan at all, but working in my studio and rediscovering things that inspire me.