What is old is new again: Puppet Animation 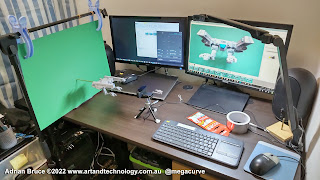 I have previously written about how I was assigned "Multi-Media" in the mid 1990s (which may have been done to piss me off as much as anything else), and actually found its potential fascinating and developed postage sized movie scenes with the technology of the time.

I still have all the models and puppets. Have them proudly on display here where nobody will ever see them.  And have used them a few times over the decades since. 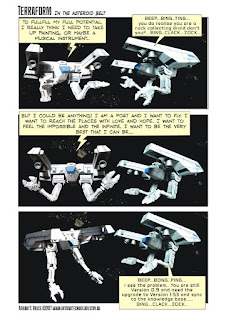 After doing a few different types of YouTube SHORTS, and not wanting to repeat the same time lapse drawing gags, even if popular by my humble standards, have done a few experiments combining Moho Pro 12 2D animation and images obtained via the stop frame animation software.

A movie showing use of stop frame grabbed images is here:

I think of this as a Music Video, and like it a lot.  It is however also the worst performing SHORT I have uploaded in months.  The Music and Images may work well together, but it isn't being watched by SHORT viewers, or isn't being shown to them.

The music isn't compositionally very complex but it doesn't have to be. The Reaper project show here.

And then there was Robotic Existential Crisis. Over a minute, so not a short, so destined to be seen by 12 people at the most.

But there is more to it than just that: 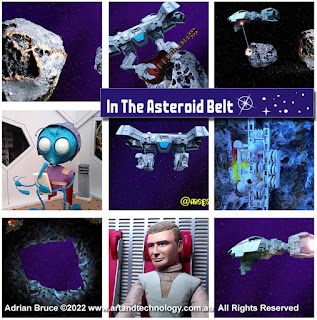 And here is Part 3