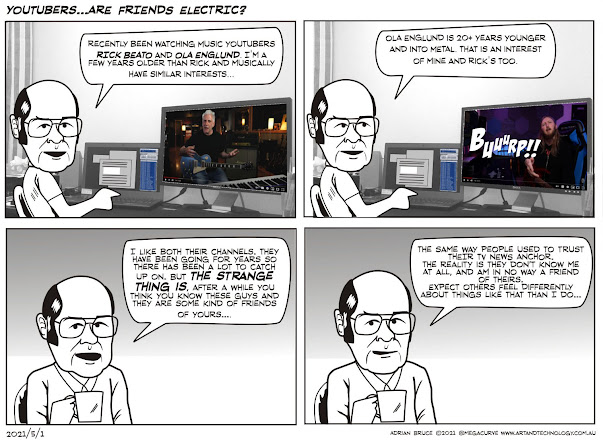 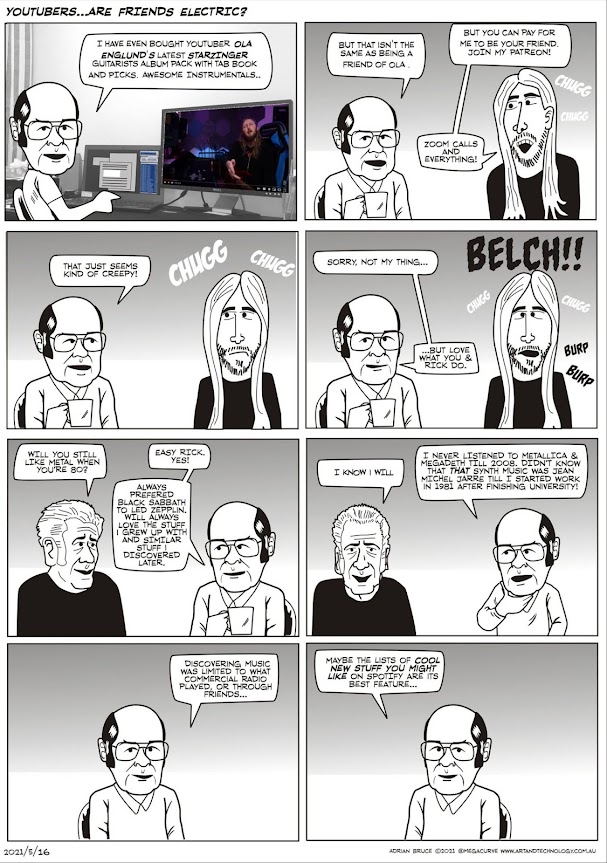 Been very much enjoying Rick Beato and Ola Englund YouTube channels. They have been at it for years now and have a lot of content.

I came across Ricks work because of his WHAT MAKES THIS SONG GREAT? series. I think YouTube just recommended it to me and I had never heard of him before then.  His analysis of how the songs have been put together and key parts is fascinating.  His enthusiasm is infectious.

The Record Business has always been some kind of broken. Seeing a few of Ricks videos get taken down by a stupid record label, and his reasoned approach to the problem, and getting the videos back shows how completely unthinking most in the business are. How pop music has been reduced to the same progression with auto tune, just continues the SameThink in the record business. Rick is truly a breath of talented and considered fresh air.

I came across Ola looking at current metal distortion pedals and he show cased some with is CAN IT CHUG? series.  It is his other stuff that I found more interesting.  He also has a tour of BOSS Japan and the Hamamatsu R&D Centre (where I worked for 12 years  up until about 20 years ago!). I used to give the tour of the  R&D Centre Anechoic Chamber to specific types of visitors.

Ola should  make clearer what is "paid promotion" in his videos. What gear he has been given in the reviewing process, and not loaned or he bought himself. This is normal in the Media world.

Ola has so many different types of things on his channel. Riff Challenges, equipment promotion / reviews and how he has made his latest solo record and started his SOLAR guitar brand. Live streams of playing and practice. Even eating stuff.

They are both way better guitarists than I am!

And like the cartoon says, when you watch enough of their content your start to feel they are a friendly face.  They aren't your friends though. Something Social Media is distorting in relationships maybe, more than TV and movies ever did.

Anyway, 2 channels I recommend. Two guys I respect, but they aren't my friends 😀

I can be contacted at: Art & Technology