Dream - The Music and The Video

After making 2 comics in our Terraform world, we have made a song inspired by the endeavor. 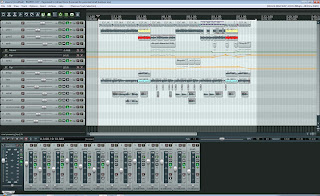 Dream is about building and entering a world, with the aim of improving the world.  It is one of the first tracks we have done with actual singing in it, and has the theme of "dreaming can set us free".

Dreaming to escape your daily drudgery most find ourselves in, but more importantly to Dream the solutions and then actually change the world for the better.

My vocals were recorded with a Audio Technica AT2020 condenser mic. These were processed with their own separate inline, compressor and reverb plugins.  It isn't your standard Verse Chorus repeat twice, bridge another Verse Chorus then finish.  Even though it has lots of guitar, I also didn't put a guitar solo in it and tried to move that to the synths and use "unusual" not pop synth  sounds.  Just trying to be different from what I would naturally do.....  even though someone I played it to immediately said something like ... another of my stuck in the 80s tracks. So be it. 😅

Along with the song we have made a video using our very old Android phone as a video camera with scenes of making the music track and the comic, and the short story after it. The video images are no where near as good as the still images though so haven't as yet uploaded it to our YouTube channel with the current edit. 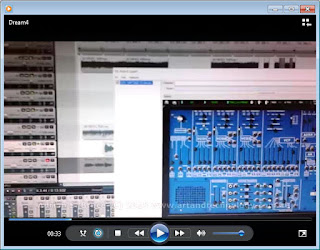 The Reaper track and plugins... 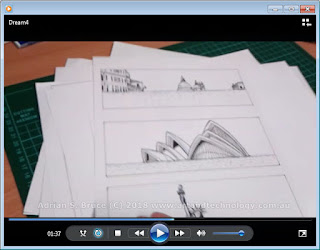 The inked blue pencil panels that were scanned and colored... 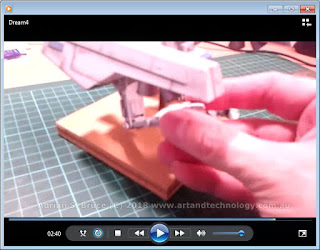 The droid puppet used in the short story... 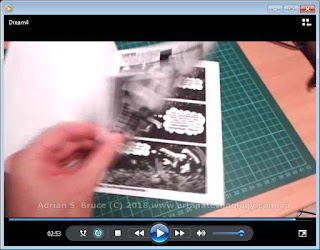 The black only A5 printed comic short...

The comics can be found at Art and Technology.

The song Dream, and others, can be found at Megacurve on SoundCloud