A 24 page comic on amazing CAN-AM Cars and Team from 1969. One of the several manga like webcomics I've done in the last few years. The later ones using a lot of Narrative Captions.

I changed the style after the first 7 pages. Early the cars are caricatured, but after than I went for a more realistic but INITIAL-D manga action hand drawn look to them. I still keep our main characters cartoony.

It is all based on facts, but I didn't check all the facts as I was doing it.  Doesn't stop it from being an amazing story. 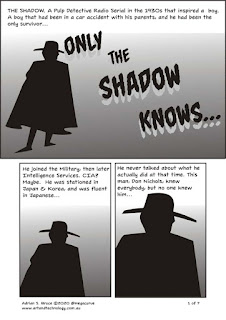 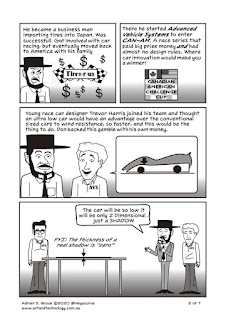 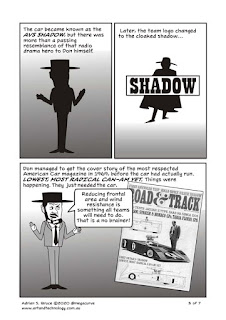 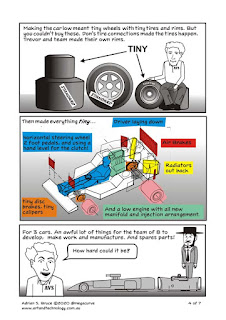 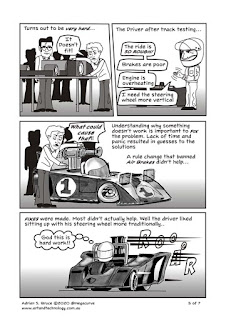 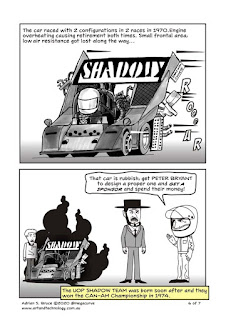 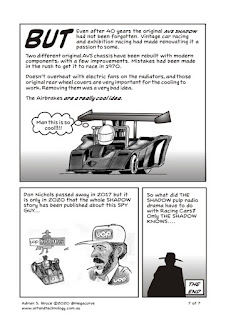 I change style a bit here, going for a Manga, Initial -D action look to the cars, and not as cartoony. Pen on ink cars and backgrounds. Even if the speaking characters are still vector cartoony. I  like this style for various reasons. 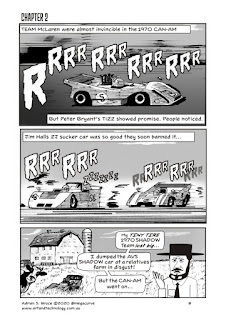 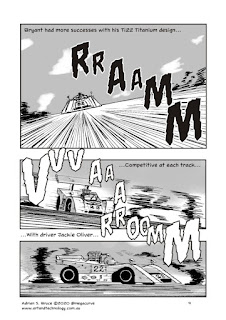 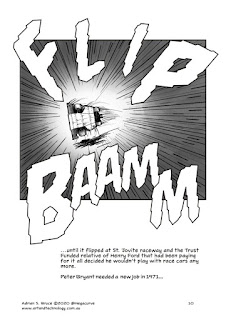 And it continues. We have the whole web comic on out site THE SHDOW Don Nichols.