Over the last year I sold a lot of stuff that took up way too much space. I really didn't use it any more anyway.

Some of that was 2 Technics turntables, a SL-23 and D2, a Nakamichi 482Z 3 head cassette deck, near 150 vinyl albums and several sets of speakers.  Initially tried to sell it but there were no takers.

Had to pretty much give stuff away to get any interest at all. Did give away some stuff.

People will use their phone and listen on earbuds, and sometimes noise cancelling earphones on the bus.  The quality of that is actually pretty good, better than what was Hi-Fi 40 years ago, as long as your not actually on a bus.

So Hi-Fi really isn't a thing any more. Hi-Fi seems to mostly be a status thing in the way B&O always was.

Things like SONO aren't HiFi but having sound all over the house has more status, and really practical value,  than good sound.  Something about busy lives, and there is all that Streaming Netflix or FetchTV you can watch now that didn't exist when HiFi was big in the 1970s.

I never play a CD anymore, even though I buy them. I now use dBpoweramp and rip them to 320bps mp3. Play everything in the office from the computer. I use winamp to play them in the Office/Studio or I reduce them again to 144bps for use in the car or put on the phone. More likely than not I play any music at a really low level while I'm working on some illustration using small desktop speakers.
I DO have a super HiFi  X1 audio player, but I use this mostly on international flights teamed with SONY noise cancelling airbuds.  Space and weight is always a problem with carry on. 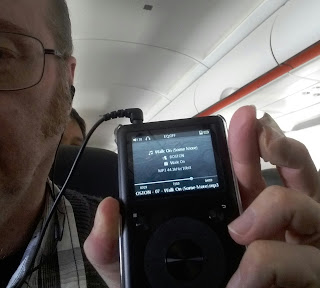 That the vinyl section is now almost as big as the CD area in the few music stores doesn't make sense to me, but I'm also not one to use Spotify, so I am definitely not your current "marketed" music fan. I think the attraction of 12" vinyl albums is the artifact itself and has nothing to do with sound quality, in a market where 75% of people are only using Spotify for their music.