Have been involved with technical stuff for decades, and have seen the hype not match up to reality so may times......

Internet Of Things, IoT is one such thing being hyped at the moment.  It will probably be become a thing, but don't see anything more than  suburb wide meter reading as a business any time soon, and that isn't something I'm involved with.

One of the touted approaches is a propriety  radio technology called LoRa.  That stands for Long Range. Now I have been developing electronics and firmware using this for over 12 months now and have working devices being deployed.  Have very detailed low level implementation experience in C and circuit design with the SX1276 radio chip in use with Arm processors making very low power (a few uA in standby) Remote devices, Repeaters and Gateways.   Others designed the Antenna and matching network though! 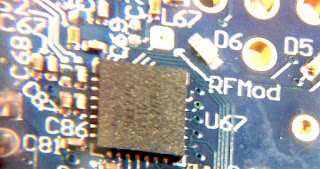 The application isn't what I would call IoT, and so far it has been absolutely amazing in our application compared to the existing technology radios.

We aren't currently using LoRaWan, and have rolled our own much simpler protocol closer to what the existing application and market actually needs.  Has worked very well so afar.

May move to LoRaWAN though for newer applications in our market. Do have  LoRaWAN gateway modules and have done some investigations, and read through lots of the C source code.  It is a question of overhead vs return.  Cool, but we need newer applications in our market to get a benefit for 8x the code and complexity...... something we are putting lots of thought into.