Attended the Sydney Sunday show and had a great time yesterday. My eldest son actually took me, so I am feeling blessed. 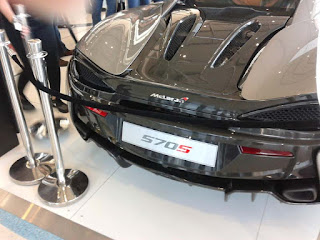 This is the first time the 3 of them were at the live show in Australia, and the banter and jokes were laugh out loud funny.  The Reliant Robin stuff was more violent and funny than I could have imagine too. They all really went for it. 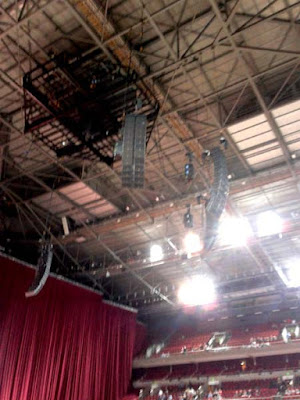 What I appreciated more than most probably, was the music played throughout different sections.
While waiting for the show to start, the big video screens showed various commercial type things, and funny adverts the guys made for the Australian Show. And when the videos stopped, the PA played stuff like, Richie Blackmore's Rainbow - Rainbow Rising, Metallica - When the Bell Tolls, Jubas Priest - Breaking the Law, Ozzy Osbourne - Crazy Train , Hendrix and all this stuff I like. \

Now the guy behind me complained how crap the music selection all was..  AND his wifes LOUD mobile phone went off during the show and it took ages to stop .. some people!

I don't know if the guys selected this music, or a local production company, but the Starting and Ending theme for the Australian Show itself is ..... ACDC Thunderstuck.   During one of the stunt car things they had Rob Zombie - Dragular too.... so good.

So all much heavier than they had on TV.... but this may have just been for the Australian version and others may be localized differently.

And an important thing to remember, is make sure your mix works in MONO!  No one hears stereo at a show like this!    And our own tracks are here, as I'm mentioning it.  About half on the heavy side too. 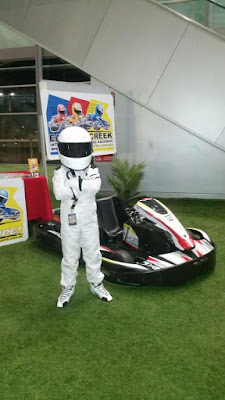 And an extra cool thing for me was that Easter Creek Karts had a display near the McLaren 570S showing off their new, 3 day old logos, 3 fast karts in Blue Red Yellow that we have recently done for them, among others.