There is a really interesting article on Joe Satriani as a business man. The Unexpected Entrepreneur: One-on-One With Joe Satriani

What it points out though, as even if you can do everything, produce a great product, have complete artistic control, you still need connections to get out to an audience.

You might have the most brilliant material, in whatever field your in, but no one will know about it without help. Joe's break was his album was used, AND credited when played, in the Winter Olympics broadcasts that year.

Even with the self publishing options now, we all still have the same problem of discovery, and the problem that MOST people don't go and find new stuff. They wait for someone else to do the mining and refining and point it out for them.

And I don't have the answer to that.  Wish I did.

Joe says you need to tell your story, as that has impacted on what you create.
Now you tell your story through your works, which in my own case is quite a mixed bag of things. You are a combination of you influences, cultures exposed to and discoveries.

I'm one that has always drawn pictures and made things.  And in the process of growing up with influences like Astroboy and Thunderbirds have also seen technology as a future hope. Something that Science Fiction, and not fantasy, has also contributed too, as have the hi tech motor sports of CAN-AM, Le Mans and high end drag racing and custom vehicles. But due to the influence of music, the electric guitar and audio, took me to university studies in electronics and software, and not car design.

And the music of Dr Who puts another unusual twist on things. The theme music for Who is probably one of our oldest musical influences. And then Deep Purple took us in another direction, where Machine Head is still one of our favourites, but don't forget the car cartooning of Ed Roth or Dave Deal, or design of Tom Daniel.

Now professionally I ended up being involved with music production and instrument design at Fairlight Instruments Australia and Roland Japan for a while. Cutting edge electronics and firmware development in fact. One being used in making some versions of the Dr Who theme, as it turns out, but that didn't stop me drawing and being involved in the graphics arts too.  A lot ends up being vehicle centric.  And I'm not  an employee of an instrument company now.

I spent a long time living and working in Japan in a synthesiser company, that also took me around the world and to non synthesiser things. About half my working life in Japan in fact.  In Japan, design is also very important. Comics are also not just kids stuff there, and that visual communication is also very significant in how we work now.

All comes down to Art and Technology in the end, and both are a studio based, crafted activity to us.

We do freelance, technical, illustration and design work, and people generally find us at our website.

But we also have our own book on Amazon, and music on Soundcloud and videos on YouTube.

I wish it was just a simple 16 step sequence. 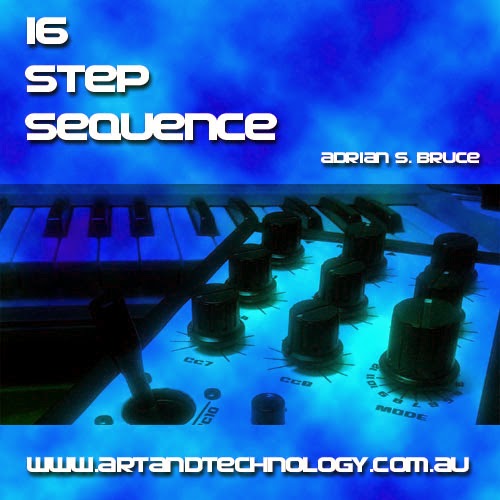 This short electronic track can be found to download if you have a quick look. Most of our stuff though, is heavy guitar based.